The Ghost in the Machine

Making better use of energy is essential if we are to meet rising global demand for electricity while driving down harmful carbon emissions. This means not only maximizing the operational efficiency of our electronic devices, but also ensuring that the power consumption of these devices is as low as possible when they are not in use. That’s why the issue of no-load or standby power – often referred to as ‘vampire’ power drain – is becoming increasingly important.

What is Vampire Power?

From chargers for laptops and phones through televisions and set-top boxes to computer monitors, printers, games consoles and smart digital assistants there is an ever-growing number of items in the modern home and workplace that consume energy even when they are not in use. 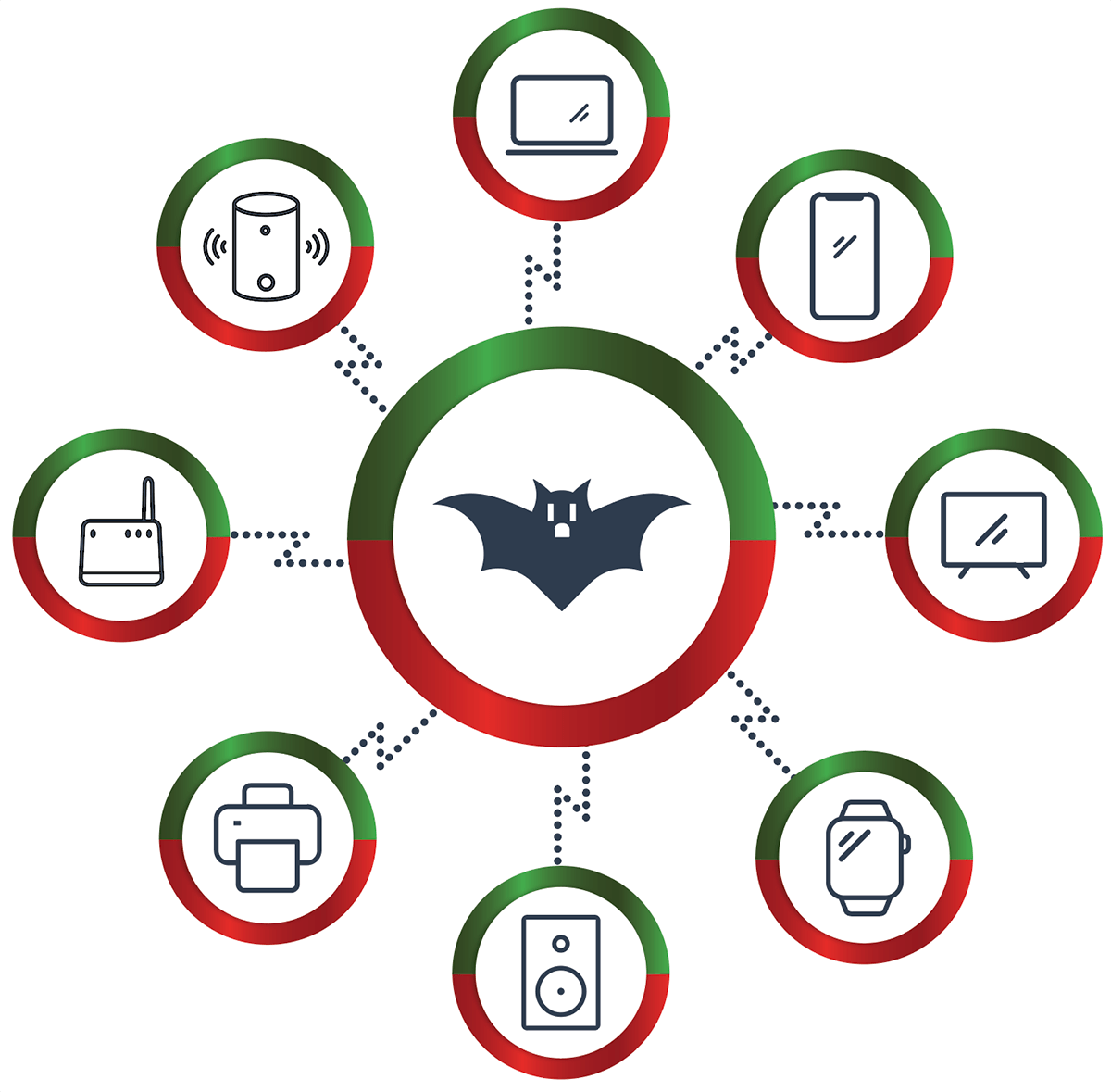 Historically, engineers were less focused on addressing this so-called vampire power drain or phantom/ghost load power than they were on improving the in-use operational efficiency of their designs as this was where big gains could be made in terms of circuit size, power density, weight and cost. However, the issue of no-load power consumption is now rapidly rising up the design agenda thanks to a combination of legislation, initiatives from energy agencies and growing awareness amongst consumers about the cost and impact to the environment of this wasted energy.

Why is Vampire power a Concern?

According to a report by the NRDC1 it is estimated that the always-on energy used by inactive devices in the USA annually is around 150 billion kilowatt-hours with associated energy costs of approximately $19 billion a year (or an average of about $165 per U.S. household). That’s the same as the electricity generated by 50 large power stations and enough to power all the homes in Arizona and Alabama for a year.

The US Bureau of Labor Statistics puts that average cost at over $200 a year, or 14% of the average American household electricity spend, which translates to a country-wide spend of over $26 billion. And with this story being repeated all over the developed world, the global cost of such wasted energy is significant.

Vampire power also has a dramatic impact on carbon emissions. As far back as 2007, for example, the International Energy Agency estimated that standby power was responsible for about one per cent of the world’s carbon dioxide emissions – or about 33 per cent of the amount produced by global air travel at that time.

Recognizing the need to reduce the commercial and environmental impact of vampire power, in recent years a number of governmental departments and agencies have developed initiatives and regulations designed to reduce its impact.

The Department of Energy (DoE) in the US, for example, has its external power supply (EPS) Level VI efficiency standard. This mandates that a power supply with an output power between 1W and 49W has a no-load power consumption below 0.1W and that supplies from 49W to 250W do not exceed 0.21W no-load power.

Minimum Average Efficiency in Active Mode (expressed as a decimal)

In Europe a voluntary ‘Ecodesign’ code of conduct (CoC) specifies lower respective maximum no-load power consumptions of 75mW and 150mW for the same power ranges. According to the European Commission2, by substantially improving the energy efficiency of external power supplies Ecodesign is expected to deliver annual energy savings of 10TWh. This is enough to power the whole of Estonia for more than three months and corresponds to an annual reduction in CO2 emissions of almost four million tons with cost savings of around two billion euros ($2.3 billion).

Silanna Semiconductor’s mission is to develop advanced technologies that not only simplify design and improve performance but also benefit the environment through much more efficient energy use. That’s why the technologies that we develop under our CO2 Smart Power™ brand are specifically designed to help customers drive down both operational and no-load power.

AC/DC and DC/DC CO2 Smart Power products are particularly well suited to chargers and travel adaptors for mobile phones and portable devices and the AC/DC supplies that deliver power to computers, TVs and a whole host of other electronic equipment. With a whole host of ‘wall warts’ and ‘bricks’ in every home and workplace these products represent some of the largest contributors to global phantom/ghost power drain.

A good example of a technology that has been designed with a focus on no-load vampire power drain from the outset is the Silanna SZ1131 fully integrated active clamp flyback controller. This highly integrated AC/DC controller operates with efficiencies of up to 95% across universal (90Vac – 265Vac) input voltages and varying loads and has an ultra-low system level no-load power of less than 20mW. 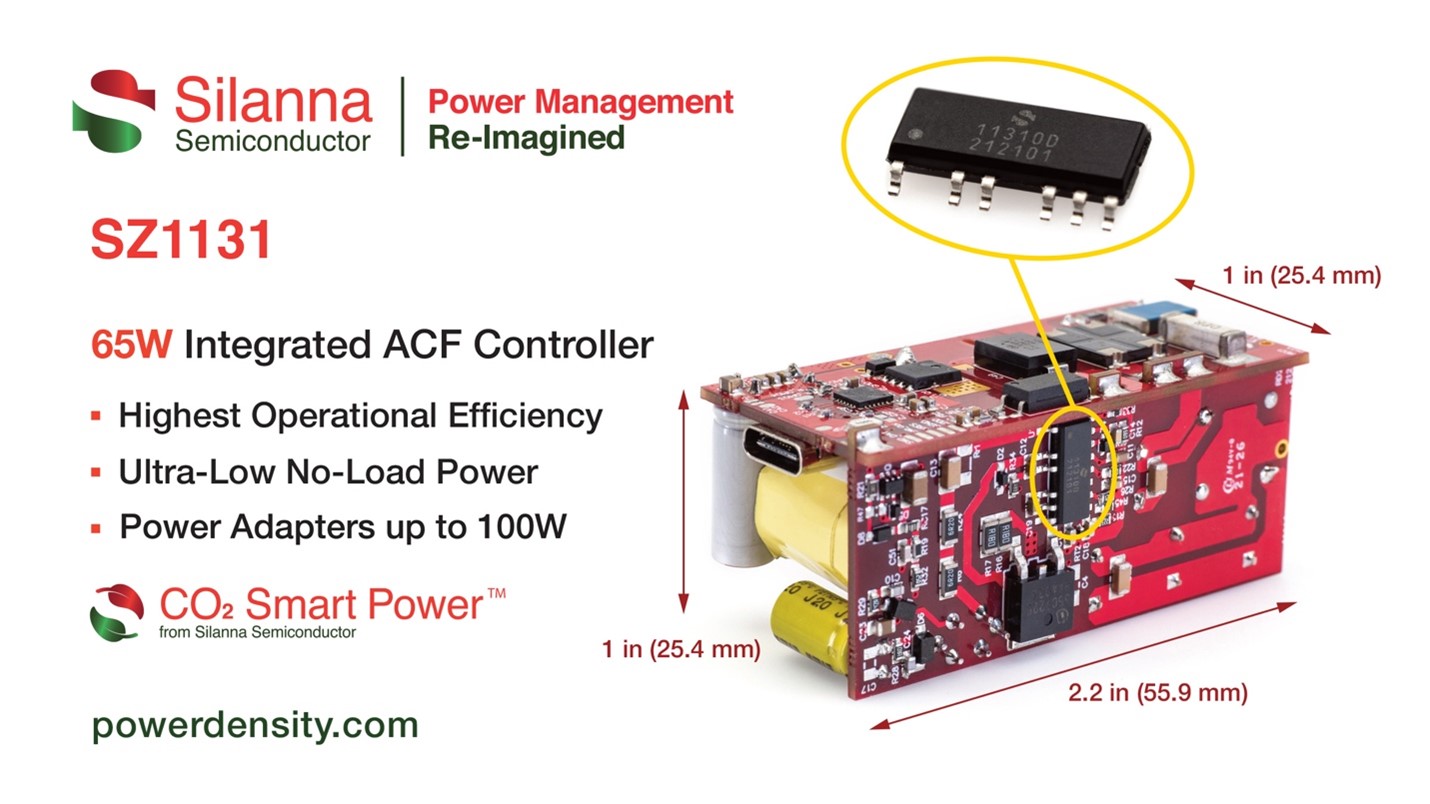 Using this ultra-efficient device enables the design of an EPS that operates with a vampire power drain that is significantly lower than the strictest European regulation at the same time as driving down component count, BOM cost and size.

The table below shows how the operational and no-load power reductions might translate into respective reductions in carbon emissions for a 65W adaptor that is permanently connected to a 110V or a 220V mains supply but is used to charge for just two hours a day.